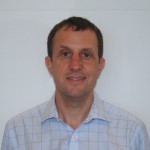 Lee Schalop is a biotech industry angel investor and entrepreneur. He served as co-founder and Chief Executive Officer of Oncoceutics, Inc., a clinical-stage drug discovery and development company with a novel brain cancer drug, until its sale to Chimerix in January 2021. He also served as the company’s Chief Operating Officer from 2016 to 2020 and as the Chief Business Officer from the company’s founding in 2009 until 2016.

Prior to co-founding Oncoceutics, Dr. Schalop attended the Albert Einstein College of Medicine, graduating with a doctor of medicine degree in 2008.

Before medical school, Dr. Schalop spent more than 19 years in the financial industry at a number of major Wall Street firms, including Morgan Stanley, J.P. Morgan, Credit Suisse and Banc of America Securities. From 1985 to 1993, he was an investment banker and his fund raising activities included more than 10 initial public offerings, the largest of which raised over $700 million. From 1993 to 2004, he served as a research analyst and authored more than 1,000 reports covering more than 50 different publicly traded companies, earning a reputation for groundbreaking research.